With Lifetime Policies you can set rules to periodically delete you Captures based on their age (In days). This feature is used to set how long Captures will be kept as well as which Captures are marked to be removed.

WARNING!
These settings permanently delete your captures. Only use them if you are prepared to have your data removed. 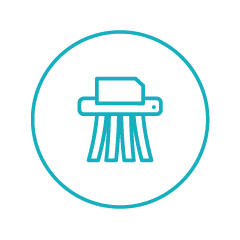 Administrators control the Lifetime Policies for a whole organization but the power to set rules for Captures can also be granted to Space owner so that they can remain in control of their own Captures. The rules that get applied to individual Spaces override the rules that are set by the Administrator.

There are currently four options for Lifetime rules:

In the above example, Captures would be deleted after 365 of not being updated. A Capture is considered updated any time a user edits it, be it text in a note, the title of an image or a new flag on an audio capture. Any Capture that has been shared isn't deleted after the 365-day point and Space Owners will have the option to override this organizational rule by setting their own Lifetime Policy rules for their own Spaces. Admins and Space Owners can toggle the option for keeping shared Captures while only Admins have the ability to make the feature available to Space Owners.