Luffa Desktop is the best way to capture your screen. When you start a screen capture you'll be given the option of which screen or window you would like to be captured during the meeting.

Simply choose which is the best option for your current meeting and Luffa will begin capturing the visual recording as well as audio.

Before using this feature you will need to have the iShowU driver installed on your computer. You will be prompted before beginning your first screen capture.

We are currently aware of an issue that makes using Luffa and Zoom at the same time a little difficult. Both platforms use their own audio driver to capture system audio, which means they compete for audio output and are unable to both function at the same time. However, we do currently have a workaround for this issue!

Once you start a meeting in Zoom you need to  change your audio settings inside Zoom to: ' Same as System' for both microphone and speaker settings. 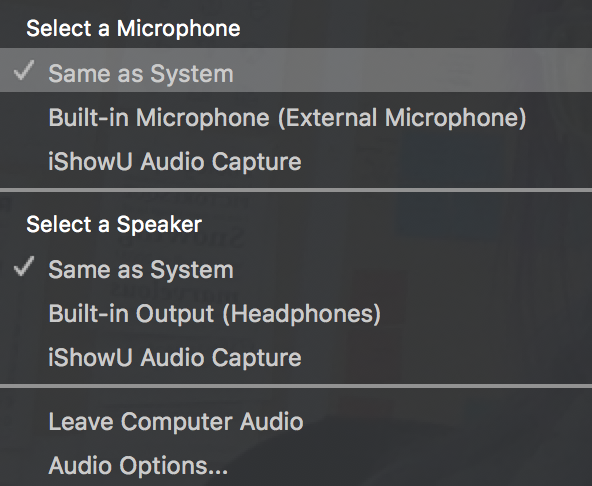 Note for users using Windows10 and Chrome for remote meetings

We have recently discovered a problem with screen capturing and programs that use ElectronJS while running in Windows10. This includes the Chrome Browser which makes it difficult to capture Hangouts calls. While we wait for an update to ElectronJS we have found a workaround for the situation.

If the program is appearing as a black screen on the Luffa Screen Selection bar you can run it in Windows8 Compatibility Mode to have it be capturable. To do this you can right click on the executable you wish to capture, select Properties, then Compatibility, then check the box to run in Compatibility Mode and select Windows8 from the drop-down menu. 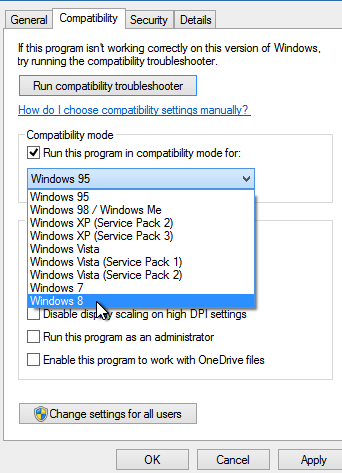 Once you've done that you can re-launch the application and it will be capturable in Luffa.